I’m planning the hat I’m going to make and wear at the March for Science in Washington, D.C., on April 22. My friend Kate, a costume designer for theater, is making a solar system hat that lights up. It will probably be amazing. I saw a picture of a boy, on the internet, who had also made a solar system hat. His was pretty spectacular, too: 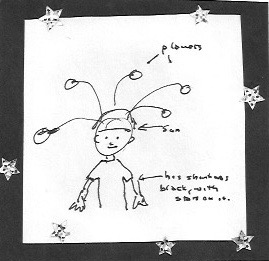 As for my own ideas, some of them have been fairly simple. Like a windmill hat, for renewable energy research:

And some have been perhaps a little too complicated. This well-known wood engraving (called “the Flammarion engraving) by an unknown artist, has often been used as a metaphor for the search for knowledge, scientific or mystical:

The hat I envisioned: 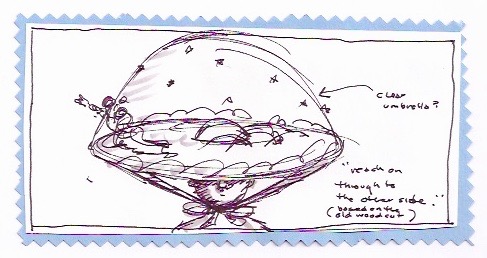 struck me as wonderful inspiration for a hat about biodiversity. It’s even the right shape, with or without the Noah’s Ark on top. 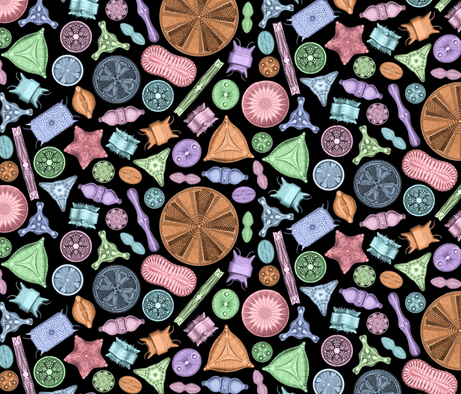 Or the Crochet Coral Reef Project:

So many inspirations. The possibilities are endless. But I have to get started, so I have to pick one. I have decided on Viruses that Usually Don’t Kill Us Anymore, Because, SCIENCE! 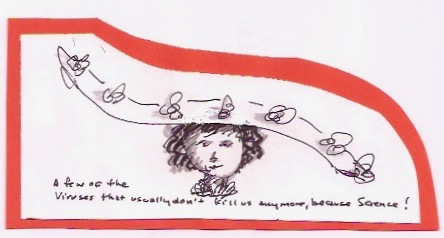 It will be embellished with models of these viruses, rather than flowers or fruit or birds. Here, for example, is the smallpox virus:

Why am I doing this ridiculous project?

In my picture book, Frank and Lucky Get Schooled, I wrote that “Science is when you wonder about something, so you observe it and ask questions about it and try to understand it.” I think this is not completely unrelated to what artists and writers do. I saw a Venn diagram on the internet where the intersection of Art and Science was Wonder, and I think that’s so.

I feel a deep and shared concern when scientists’ work is dismissed, when their freedom of inquiry and freedom to communicate what they have learned is threatened. When I take a pill or undergo a surgery or step onto an airplane, I want that pill or surgery or airplane to be the result of science. I don’t care whether the scientists involved are great guys or gals to have a beer with, though the ones I know are.

But why hats? They’re easy to see in a crowd, for one thing. And it’s easier to wear a hat than to carry a sign all day. But also, I think that a little joie de vivre and a sense of humor can make a difference. There may even be beauty involved, and there’s nothing wrong with that.

If you want to participate, and need some inspiration just google “amazing hats,” or “fabulous hats,” etc. And show up at 10 a.m. near the sculpture in the plaza near 801 Pennsylvania Avenue NW.

And as a bonus, here’s a bacteriophage:

Here is how my hat turned out: 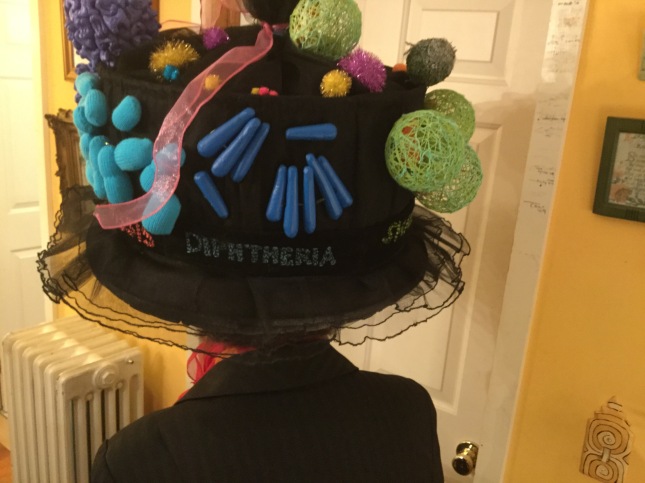 And here I am with a kindred spirit at the March for Science in D.C.:

Hey — just got a photo of the hat my friend Kate made for her daughter Lydia to wear to the march: a solar system.